Posterior cervical foramenotomy (PCF) is a time-honored, effective, safe, and cost-containing surgical approach that can be performed as an outpatient for cervical nerve root compression.

It remains a viable option for the patient presenting with arm and shouder pain and neurologic deficits due to osteoarthritic disease limited to a single level. This article summarizes the advantages, disadvantages, indications, and complications associated with PCF.

In cases refractory to medical management, surgical decompression of the affected nerve root is a viable option. These include a posterior cervical foraminotomy (PCF, also referred to as a “keyhole” foraminotomy) that utilizes a limited removal of the lateral laminae and medial facet joints to allow access to the nerve root and its offending source of compression (due either to an osteophyte or to a herniated cervical disc). In essence, the bone is removed directly over the affected nerve from a posterior approach, limiting the extent of bony decompression to a circular area approximately the size of a dime. This procedure has been safely and effectively performed for some 65 years and, for some unknown reason, has been utilized with decreased frequency over the past few years. 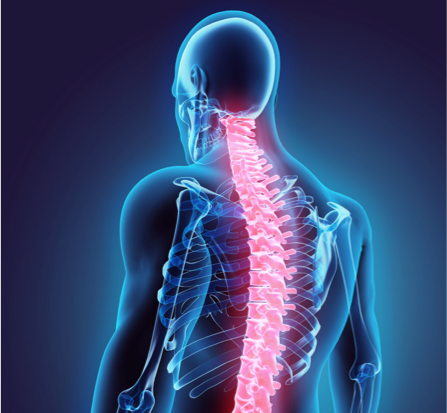 Advantages of PCF include

Disadvantages of PCF would include 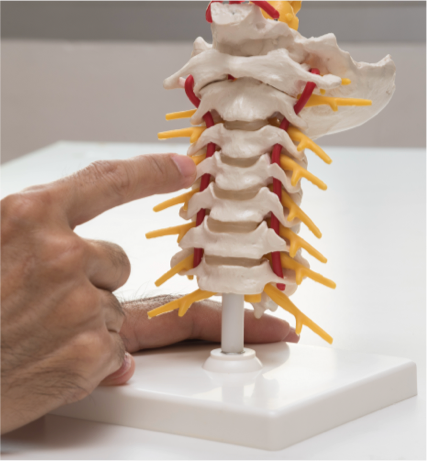 Ideal candidates for PCF have unilateral symptoms corresponding to the affected nerve root caused by a cervical disc herniation or osteophyte visualized on MRI or CT myelogram with retained cervical lordosis (normal anterior curvature of the cervical spine). In addition, the approach is useful for patients in whom an anterior approach is contraindicated, such as those with extensive anterior neck surgery, anterior neck irradiation, etc. Contraindications include but are not limited to patients with an overt myelopathy due to spinal cord compression requiring a central decompression; anatomic variations such as an aberrant vertebral artery; overt translational instability or kyphosis (posterior spine curvature) at the involved level; and neck pain without true radicular symptoms (in other words, radiating pain with concordant neurologic deficits). PCF is effective for nerve root decompression; it is not designed for spinal cord decompression.

Overall expected complication rate is in the range of 2% and includes infection; CSF leak; delayed instability; and nerve root injury resulting in neurologic deficit. For various reasons, the C5 nerve root is most susceptible to post-operative impaired functioning, often occurring in a delayed fashion. Recovery occurs in most cases spontaneously. Younger patients, nonsmokers, and those with soft herniated cervical discs (as opposed to foraminal osteophytes) tend to do better long-term compared to their counterparts. A collar after surgery is optional for comfort. After adequate healing of 4-6 weeks, patients resume normal activities without restriction.